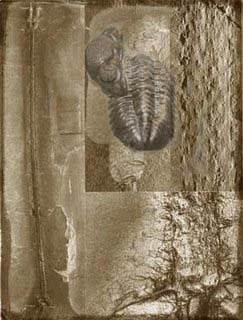 Since I was a young girl living in Ohio I’ve been fascinated with fossils and shells. We lived near Dayton in a small town now named Fairborn, (if memory serves me right) a combined township of Fairfield and Osborn. Apparently this area of Ohio was once covered with water so plant and water-creature fossils were not hard to find amongst the rocks. I remember spending hours looking for and collecting them. I’m surprised I no longer have them, but because they were so commonplace they probably were not considered treasures by anyone but me, just more junk for my traveling military family to deal with. Which may explain why my basement is now filled with my ”junk” treasures. Since I’ve retired I have to deal with disposing most of it. It is so hard to let go when such fun things can be created like the “found treasure” creation at http://rightbrainspa.blogspot.com/
Posted by Eva at 11:41 AM 1 comment: Links to this post